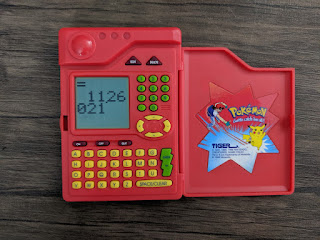 Today is the 8th of October, which would make the date 8/8 if we were still using the Roman calendar. But for some reason it's now the 10th month, so now it's just not very interesting. I mean, it wasn't that interesting as 8/8 either. But it would be something of note, I guess. Maybe I'll do something special for the 10th. Probably not.
But what is interesting is the Tiger Pokémon Pokedex from 1999. It's weird to think Pokémon came out twenty years ago, but it actually came out in 1996, so it's even older than that. I played Pokémon Yellow on a Game Boy Color as a kid, and I adore Pikachu to this day, but I wouldn't say I'm a huge fan of the franchise.
Anyway, the Pokedex is a small encyclopedia of sorts that catalogs all of the known Pokémon. When the Tiger Pokedex came out, it only featured the original 150 creatures. But there's a decent amount of information stored in this tiny thing. Every Pokémon has its own page with basic statistics, abilities, and a simple animated image of the creature. You can keep track of Pokémon that you've collected too, but this isn't particularly useful since the games do that for you automatically.
The calculator part of this device is as basic as calculators get. There are no functions beyond the standard add, subtract, multiply, and divide. It's clearly not the main feature of this device, but must have been something cheap for Tiger to implement into it. 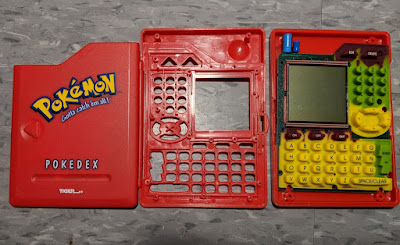 Any kid who could operate a Nintendo Game Boy would easily figure the Pokedex out without a manual. It's not complicated at all. And thanks to a protective cover, this device will probably survive a child too. It's well-built and doesn't feel like cheap plastic as many Tiger devices do. 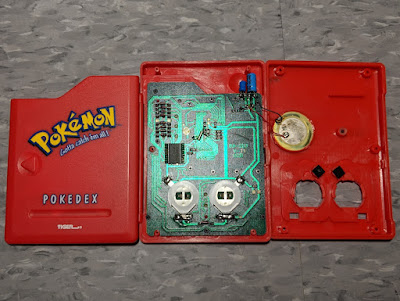 If something was a thing in the 1990s, Tiger made a thing for it. Pokémon was no exception. They were notorious for their awful LCD games that played like garbage, but the handhelds were everywhere. The Pokedex is a superior product to all of those, and I can't really think of anything that would improve it given when it came out. They did a good job. 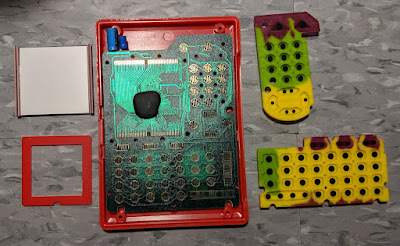