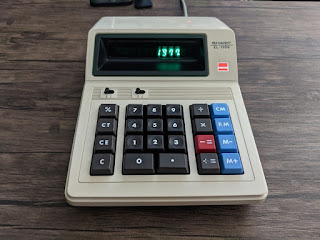 I've been trying to make the videos more visually interesting, so any feedback would be appreciated. It's day 23 of Calculatober and I'm determined to make the final ten the most interesting reviews of the month. And to me, the most interesting calculators are the type that are no longer relevant today but played an important role in technology.
Enter the Sharp EL-1108. This calculator wasn't the first to do anything, but it represents an era of desktop devices that has long since passed. This calculator has to be plugged in, is too large to fit in any pocket, and doesn't print anything. It is the epitome of obsolete inconvenience. 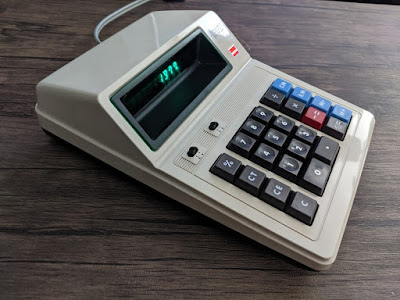 But at one point in time it was an extremely useful tool. A user wouldn't need to worry about replacing the printing ribbon or paper spool, nor would they have to be concerned with battery life. This was a calculator that could be relied upon as long as the user had a working electrical outlet.
The EL in its name is short for ELSI, which stands for "Extra Large-Scale Integrated" circuits. Large scale integration means thousands of circuits are integrated into a single silicon chip, which was essentially the birth of the micro processor. This technology paved the way for modern computing, so the early Sharp EL line played a role in that. 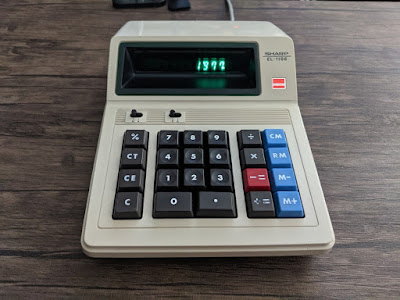 The EL-1108 is quite beautiful, I think. The beige upper chassis contrasts well with the dark brown lower piece. The buttons look and feel fantastic, much like an old mechanical keyboard. And as anyone who has read at least a few of my reviews knows, I absolutely love love love the green fluorescent display. It's bright and bold and handles up to ten digits, along with commas and an indicator for whether the memory is currently in use.

One of the more interesting features on this device is the way it's kept assembled. It's held together entirely with clips, but two screws on the bottom hold covers that keep these from being easily accessed. No calculator, or even electronic device, that I've disassembled has had this, so I'm quite fascinated by it. 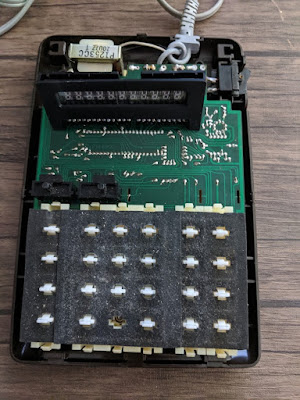 The Sharp EL-1108 was built in Japan and sold starting in 1977. It's difficult to find information about this particular model, but I found it at Goodwill for only $5. Considering it's everything I want in a vintage calculator, I didn't hesitate to purchase it. 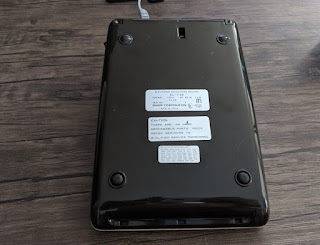