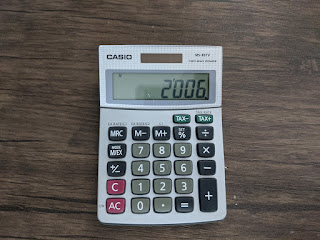 Today's video review is probably my worst one yet. I got a cheap GoPro knockoff camera hoping it would make recording these easier, but it only makes it harder and worse. But I've still uploaded the video because I have a lot more of these to make and this month it's quantity over quality.
Being no stranger to Casio calculators, I figured I'd pick a fairly generic device from them for this review to test the new camera. The Casio MS-80TV meets that generic requirement and doesn't do a lot to exceed it. It's a good calculator, but there's nothing special going on with it. The colors are pleasant enough yet do nothing to stand out. The buttons are fine. The display is fine. It's all just fine. 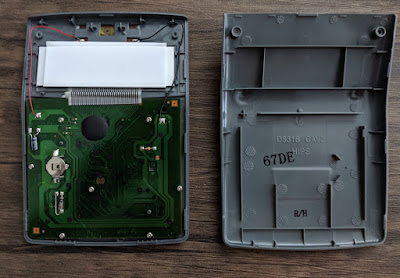 The MS-80TV is dual-powered by light and a single LR54 battery. I don't keep this type of battery on hand, but an LR55 worked perfectly. Casio isn't the type of company to fake a solar cell, and I could be certain of this one because the battery was dead but I could still turn on the device with a sufficient light source. 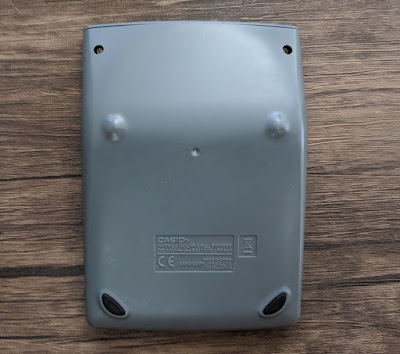 As far as I can tell, this came out in 2006 or earlier. The only source I could find was a Casio Calculator Catalog dated 2006-2007. It's frustrating trying to find reliable information about discontinued calculators, but if I ever find the actual release year I'll update this review. 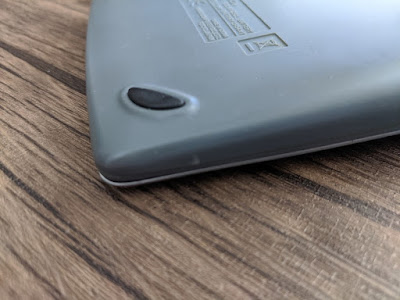 The biggest flaw I can find with the MS-80TV is replacing the battery proved to be more difficult than it should have been. Two screws hold the back panel in place, and then it's extremely difficult to pry the entire device apart to get to the battery. Doing this caused a small amount of damage on the sides.