In the years I've been collecting calculators, I've discovered many that are hard to find or more expensive than I'm willing to pay. So in the hopes that someone who comes across this site happens to have one and might be willing to part with it, possibly just temporarily for the sake of a review, I'm posting a list of some calculators I'd love to get my hands on. This isn't in any particular order, as I'd be equally excited to get my hands on any of these. But even if I never end up touching these, they're still worth talking about on a website about calculators. 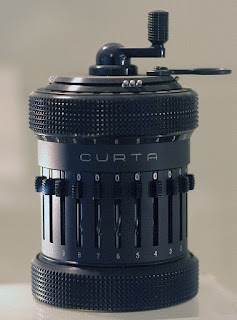 Curta (Any Model)
This is the Holy Grail of calculators. It is a handheld mechanical calculator capable of addition, subtraction, multiplication, and division designed by a Jewish Holocaust survivor named Curt Herzstark. It is a marvel of engineering as it was by far the most powerful handheld calculating machine from its patent in 1938 until its replacement, the electronic digital handheld calculator, took the world by storm in the 1970s.
I don't expect to ever get my hands on a Curta as they sell on Ebay for well over 1,000 USD.
However, the design specifications are some of the most detailed of their kind publicly available, and the 3D printing community makes the STL files available to anyone. I happen to own and operate a few 3D printers, but this project is still outside the scope of my capabilities. 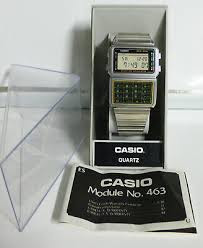 Casio CFX-400 (Or any Casio calculator watch from the 70s)
These aren't particularly hard to find, but they tend to be fairly expensive. There are newer versions for a reasonable price but I'm way more interested in the older models. The new ones are made of plastic and cheaper materials, and honestly a tiny calculator made today simply isn't impressive.
That's not to say I wouldn't grab a newer model if I saw it a thrift store for under $5. Yet I have never seen any calculator watches at thrift stores so far. 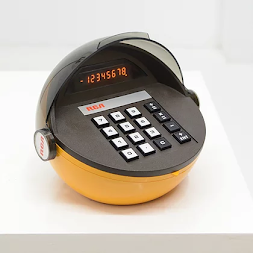 RCA/Garrett "Space Helmet" Calculator
This calculator looks futuristic for no reason other than its creators wanted to make something that looks futuristic. I cannot find these for sale anywhere at any price.
There were a few different versions and any one of them would be an amazing addition (haha) to my collection. 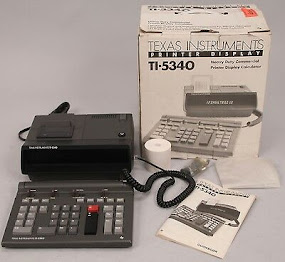 TI-5340
The least vintage and most specific calculator on this list so far, the TI-5340 came out in 1986. The keyboard and display are separate for some reason and connected via a cable. It's an unusual design, especially for Texas Instruments.
I think its design is intended for its display to be up on a shelf while the keyboard is on a lower surface. The display looks like it's meant to be viewed from the front rather than above as most calculators are.
I've seen them on Ebay for around $50, which is above what I'm currently willing to pay. 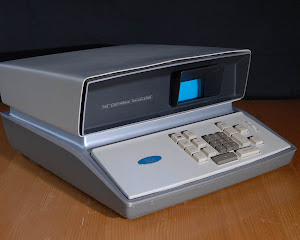 The Friden EC-130
This is the first electronic calculator. The Curta is rare and expensive, but part of me believes I might get my hands on one some day. I will not be getting my hands on a Fridan EC-130, but I can wish I will.
This was released way back in the 1960s and looks sleek as hell, like something out of 2001: A Space Odyssey.
Any Friden calculator is way outside my price range and the chances of happening across one at a thrift store or yard sale are approximately nonexistent. 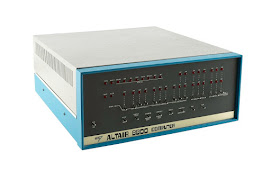 The Altair 8800
Not exactly a calculator, and not something I could ever afford, but I can dream all I want. The Altair 8800 was the first commercially available computer ever, released in the early 1970s.
While an authentic Altair is out of my reach, there are some tiny companies that sell kits to build replicas that are functionally identical to the original. These are still in the $500+ range.
I'm really not expecting to acquire most of these devices, but they're still worth talking about even if I can't get first-hand experience with them. There are more that I'd like to have, and I'll probably update this list as I think of them.
There are several devices I had been seeking out for some time that I have acquired but haven't reviewed yet. This is due to any combination of the following excuses: the device doesn't work, I don't know how to use the device, I've forgotten I own one, or I am easily distracted and haven't reviewed it yet.