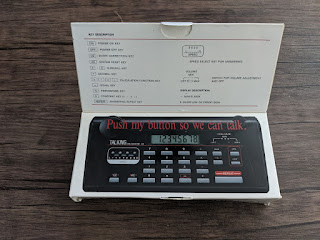 It's the final ten days of Calculatober. The response to this month of calculator goodness has been very positive. It's been a lot of fun and I'm glad to have reviewed a good chunk of my collection.
The Ultmost Technology UT-6166 Talking Calculator is a unique looking device due to its horizontal design and buttons you wouldn't typically see on calculators. It doesn't do anything amazing with its colors, and the buttons are the chiclet type that I don't really like. There's also a hole on the upper right that is not in fact an indicator that something is missing, but an intentional design by Ultmost. My best guess is that it somehow makes the audio from the device louder. 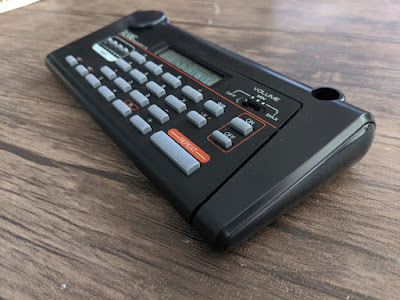 And wow is it loud. It has three volume settings: silent, extremely loud, and ear-bleedingly loud. The UT-6166 is a talking calculator, and it's made for people who have vision impairments. When the volume isn't muted, it screams out every button the user presses and shouts the results of calculations. For the most part, the voice is clear enough to understand easily, but the multiplication button, "times" sounds like "hmm."
The speed of the voice can also be changed via four buttons on the left. I keep it at maximum speed because reading out all of the digits can feel painfully slow, but it's a useful feature for someone who also may not hear very clearly. 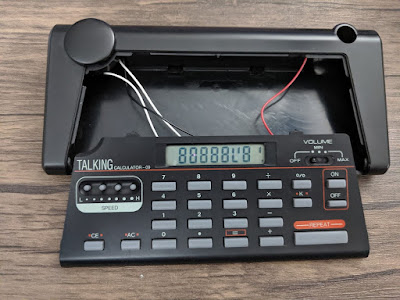 Unfortunately, the device I have has issues with its LCD display. The last and third-to-last digit don't display properly. But that's quite okay because this calculator doesn't really need a display!

While I love the idea of a calculator designed for the visually impaired, the UT-6166 lacks one very important feature: tactile feedback. Every button, with the exception of the "repeat" button, feels identical. There is no delete button, so there's a good chance someone who isn't able to see the buttons clearly will make a mistake and have to start a calculation from the beginning. 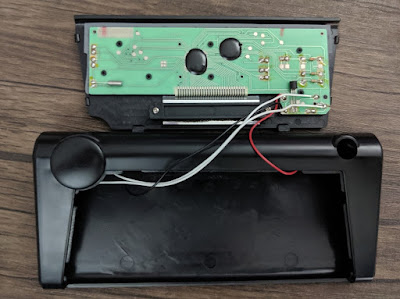 Despite this calculator being released in 1991, its creator, Ultmost, responded very quickly to my email when I contacted them for information about the device. From them I was able to get the year it was released and that it was initially sold for an MSRP of 39 USD. Many thanks to the person who took the time to respond. 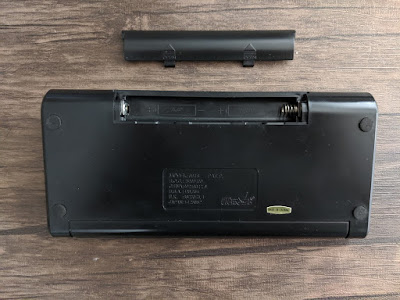 The UT-6166 requires two AA batteries and does not have any ports to plug it in. 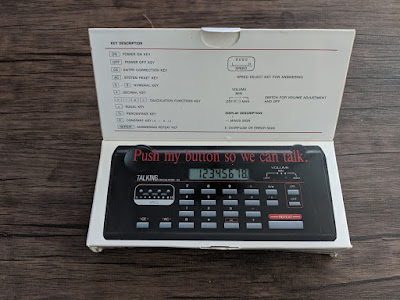 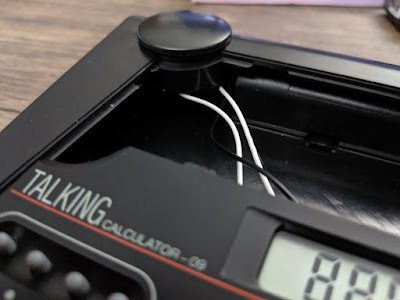