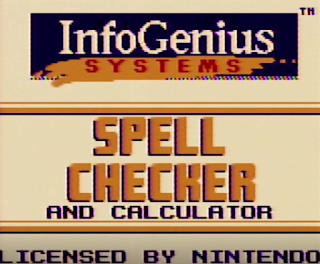 Wow, day four of Calculatober already. I keep saying the calculator I'm going to review is different or special in some way, but this time it really is different. This time I'm reviewing a "game" for the original Nintendo Game Boy. 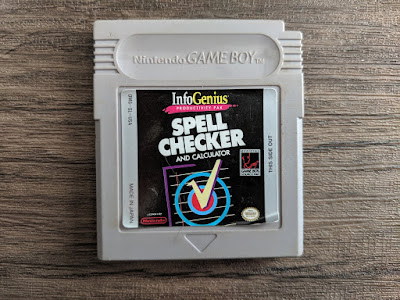 I need to take a deep breath before typing the whole name out... this is the GameTek InfoGenius Productivity Pak Spell Checker and Calculator for the Nintendo Game Boy. This calculator would probably win some kind of award for longest title of all of my calculator reviews. But I don't base my reviews on how long the title is. 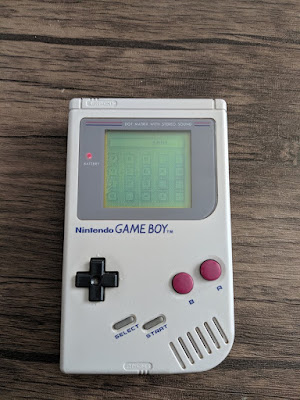 This is an officially licensed product from Nintendo, and it comes from this weird time period where companies were trying to make the Game Boy more than just a handheld video game console. There is a lot of truly fascinating software developed for the system, but I'm just here to talk about the spell checker and calculator. 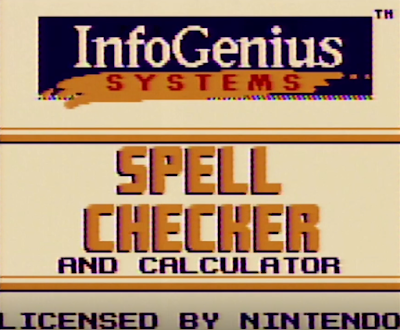 Upon starting the software, you're greeted with a title screen and some information about the developers. Pressing start will bring you to a menu screen with two options: the spell checker and the calculator. Again, you press start after making your selection and then you're brought to the appropriate program. 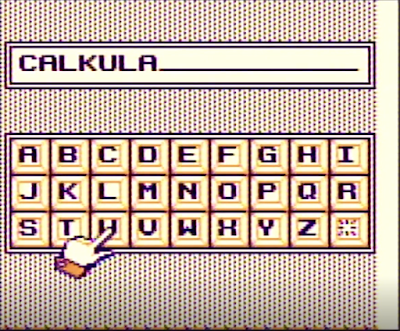 The spell checker features no frills whatsoever. You're presented with a blank line and all twenty-six letters of the alphabet. From here you just type in a word the way you think it might be spelled, then press start to allow the Game Boy to make some guesses as to what word you're trying to spell. It takes some time for it to go through a database of 60,000 words, but it's not terribly slow. 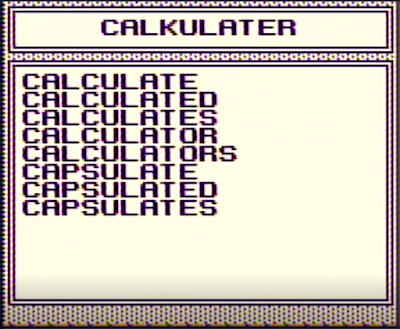 And that's it for the spell checker. Nothing fancy, but it works fine. 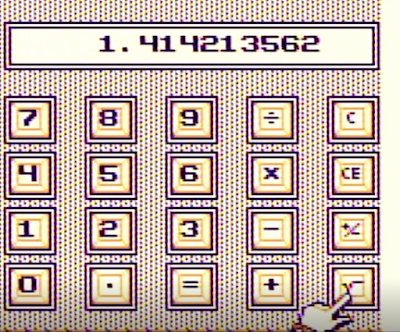 For the calculator, there's not much special going on here either. You select digits and functions the same way you type in words for the spell checker, and pressing = will get you the answer to your math.

This is a pretty basic calculator, but it lacks the ability to repeat functions by simply pressing =. If you wanted to add 6 + 6 + 6 + 6 +..., you'd have to select the same number and function over and over, rather than just 6 + 6 and then continuously pressing =. It's kind of annoying. 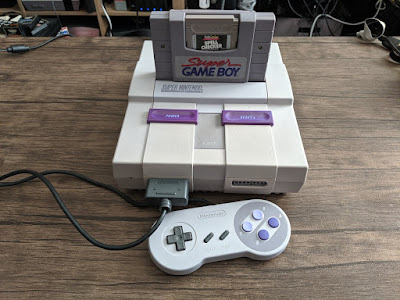 Coming from an era in which Game Boys were just about everywhere (1991) and smart phones were still in the distant future, this software package could have been pretty useful. I can't help but think they could have added a few more interesting things to it. InfoGenius did release a few other software titles, such as a personal organizer with phone book, Frommer's travel guide, and some language translation cartridges. It would have been especially cool if they managed to fit all of this into a single cartridge as a productivity software suite. Maybe the cartridge just couldn't hold that much, or maybe InfoGenius preferred to sell everything separately.