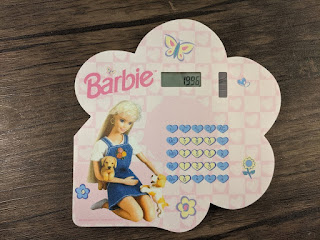 Yesterday two calculator reviews were posted because I accidentally scheduled them for the same day. It would be more work to go back and re-edit the video and review than to just let them both be posted on the same day. This means Calculatober will have 32 reviews by the time it is over!
The Mattel Barbie Soft Calculator was released 16 years after the Mattel Barbie Calculator that I reviewed a while back. The company "Mattel" is barely advertised on this calculator and the packaging, but it seemed weird to just call it the Barbie Soft Calculator and I don't know why. 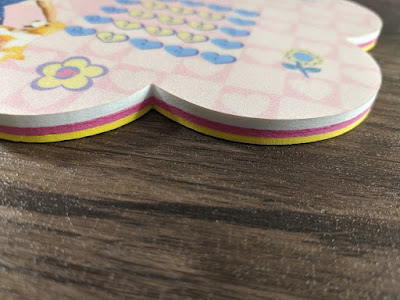 The primary feature of this calculator is the fact that it's soft. It's made from three layers of foam from a company called Recyco Inc (UK). I think they also made the recycled cardboard for the packaging, and maybe the plastic too. Recyco Inc worked with Impact Interactive, who also made telephones and backpacks, in addition (haha) to soft calculators for other franchises such as Winnie the Pooh. There's not much information about either of these companies, and most of what I found were Ebay listings for products with the Recyco name attached. 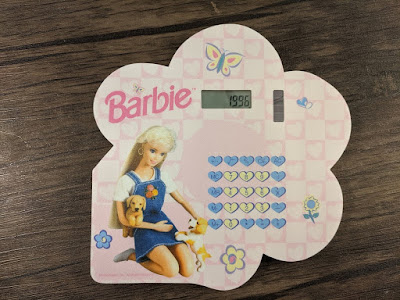 By "soft," it really means "mostly soft" because the front of the calculator is made of a rigid plastic of some sort. Only the foam portion of the calculator can actually be considered soft. I was hoping it was made of fabric or something so I could bend it, but bending it would likely create a crease in the front or damage the electronic components. 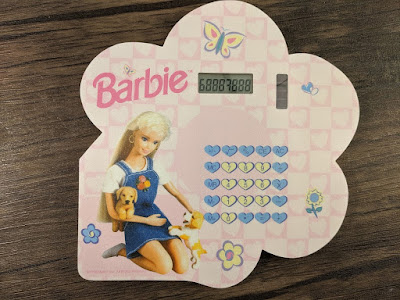 But how well does it calculate? It's fine. The device I have doesn't output all of the numbers correctly. In the image above, I input eight eights and two of the digits were corrupted. There's no way to fix this because there's no way to get inside the calculator without destroying it.

It has a lot more functions than the previously reviewed Barbie Calculator, and it's entirely solar powered, so there's no need to worry about replacing batteries. The end result is a pretty boring LCD and the solar panel looks kind of out of place. It's weird that they didn't center the display over the functions. 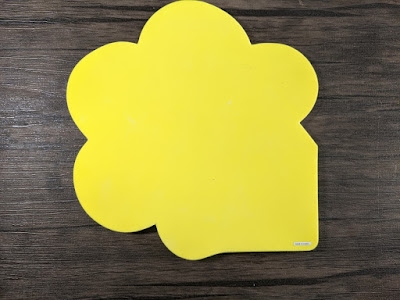 The back is shockingly bright and it's always weird to see such bright colors on something so old. This calculator came out in 1996 and remained unopened until 2019, yet still maintains a fantastic appearance. My guess is the previous owner(s) kept it out of direct sunlight. Now that I've broken the seal, this calculator is going to finally start to degrade. 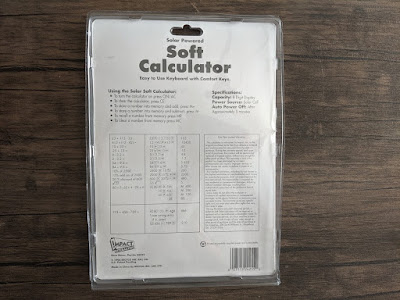 I found this calculator on Ebay for about $7, and at the time of writing this review, they sell for about $20. I'm kind of disappointed that it's not all that soft, but it does have a decent amount of functionality when compared to its predecessor.
Posted by calaquin at 8:30 AM