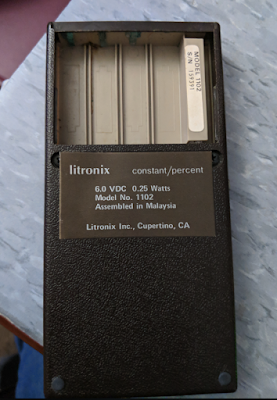 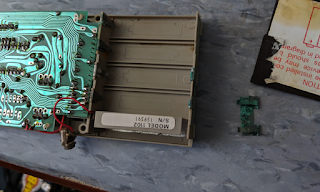 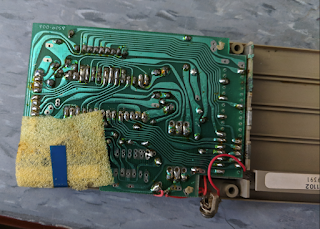 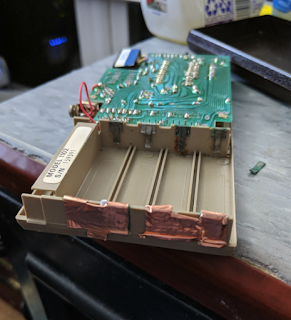 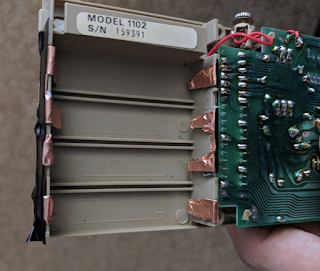 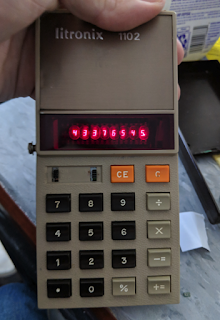 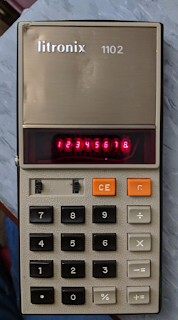 
Sometimes all you want from a calculator is the most basic of functionality. Maybe you just need to add up your expenses for the month and multiply the total by twelve to see if you can survive a year. Or maybe someone mentioned the number 38,703 and later that day you thought of the number 19.3 and wondered what 38,703 divided by 19.3 is. Sure, you could do all of this in your head, but can you really depend on your brain to handle these sorts of operations?

The Casio HL-802 can do the aforementioned things, and a few other things. It has no special features, but it handles what it can do extremely well. Each button is clicky and responsive, with zero delay between press and appearance on the LCD screen.

What's remarkable about the device is how solid it feels. Even though it's nearing forty years old, the plastic has retained its strength and the calculator feels very durable. Gripping the top and bottom and attempting to bend the device gives hardly any yield. The screen is protected by a scratch-resistant plastic or glass that can withstand a reasonable amount of pressure. In addition (haha), the design of the buttons helps prevent dust or debris from getting between them and the brushed aluminum face plate.

The HL-802 exudes it 1980s aesthetic in just about every aspect of its design. This was a bit before solar powered devices really caught on, so it runs on two AA batteries. Few calculators these days dare to be anything other than black or grey, so the dark brown really caught my eye, especially due to its contrast with the face plate. The only thing that ruins the appearance is the crummy looking label on the top right. It looks like a sticker and uses all the wrong colors, but it is in fact embedded into the device and won't come out easily. Everything below that looks great though.

I have no recollection of where I got this calculator or how much I paid for it. It doesn't appear in any pictures of my collection, and it's not in any of my Ebay purchases.


Before I start discussing today's calculator, I want to express my excitement for this new platform: I'm excited. Facebook was fine for the first few reviews, but I wanted to be able to do a lot more than it would allow. Plus I don't particularly like Facebook, and it limited my audience to friends and family. The rest of the world will now have the opportunity to read honest, critical, thoughtful reviews of both handheld and desktop calculators.

I didn't plan for the first calculator on this new platform to be my worst. It just sort of worked out that way. The Ultronic TC3022 is a mess. It's not a bad-looking calculator by any means, and it's got some great ideas, but Ultronic can do and has done much better than this.

Most notable about the TC3022 is its compact clam shell design. It fits nicely in the palm of your hand even while open. The buttons are some kind of rubber, but retain a nice clicky feel when pressed. The digital screen is big enough to accommodate a clock, calendar, and the date at the same time.

Aaaand that's where the positives come to a screeching halt. In order to use this device, an annoying combination of tape and a piece of folded paper are required to hold in the single CR2032 battery. I know what you're thinking- "That's not the calculator's fault! You just lost the battery cover!" Well, you're right, I did. But I lost it because when I was using the cover, the battery STILL wouldn't seat properly. I ended up breaking the cover while removing and reinstalling it over and over trying to get this calculator to stay on.

To add to the frustration, every single time this thing powers on, it plays the worst rendition of the William Tell Overture I've ever heard. This is because the calculator also contains an alarm clock, and when it powers up, the alarm is set to on and to sound off at 12 AM. Some genius decided to also set the default time to 12 AM, so it will never not play.

These two problems create the perfect storm of irritation. While cleaning and storing my calculator collection, every time I bumped this device, I'd hear that annoying beeping music. After a few days of this, I decided to leave the battery out. It's cruel, I know, but this calculator sucks.

Released in either 2006 or 2007, it's sad to see the spring-loaded mechanism on this device barely works when I open it. I found it at Goodwill in a bag with two other calculators for $1.50.

Be sure to check out the video review to see the TC3022 in action!