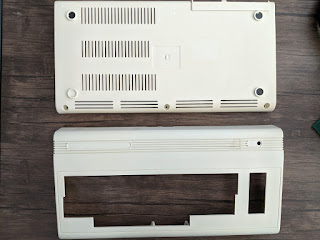 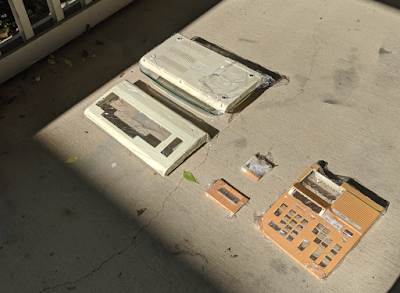 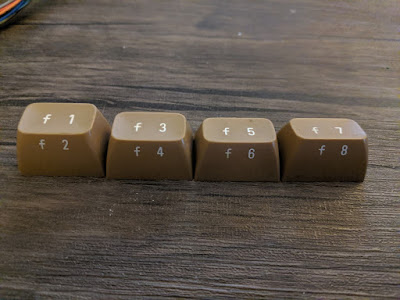 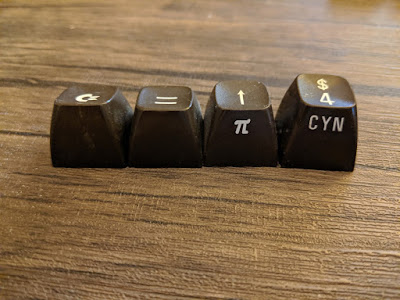 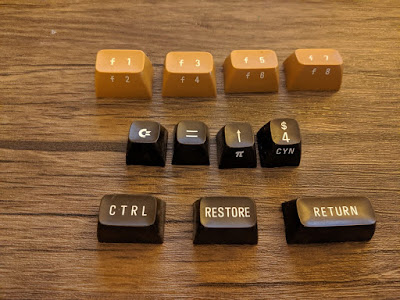 God damn it.
Posted by calaquin at 8:30 AM No comments: 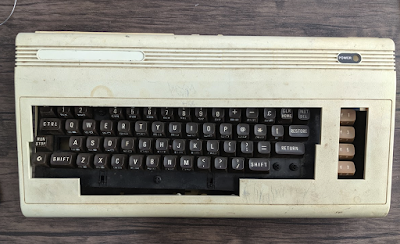 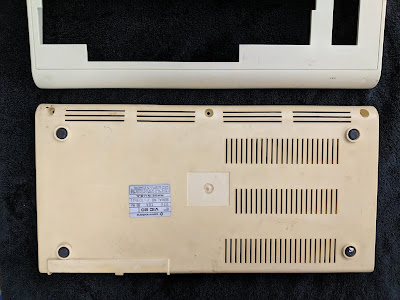 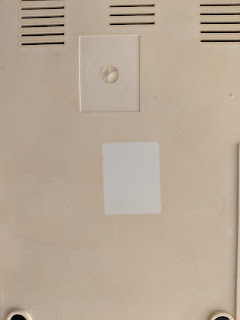 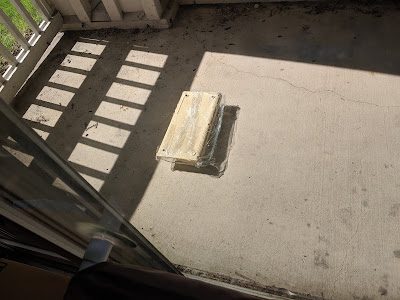 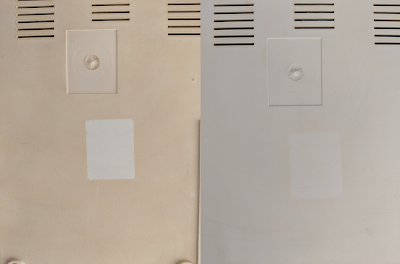 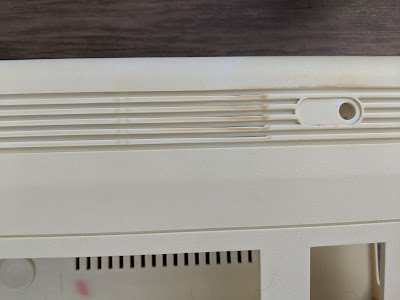 In fact I recommend watching ALL of the 8-Bit Guy's videos. His content is fantastic and he has been a huge inspiration to me.
Posted by calaquin at 8:30 AM 2 comments: 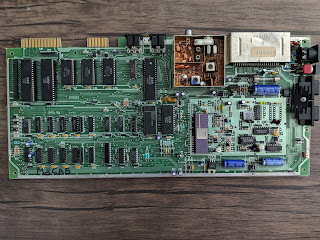 Hello, and once again, sorry for the lack of content. I've been busy with several projects and haven't had much motivation to work on calculator reviews. The original joke was that the calculator reviews would all pretty much be the same, but the reality is that joke isn't very funny after several months. That doesn't mean I won't be doing more calculator reviews, but they will be less common and will be for devices that have something notable about them.

I follow several vintage electronics enthusiasts on YouTube and have found their projects to be fascinating. It has inspired me to build a custom Commodore 64 computer of my own. I have several working machines and one that does not work at all. The shell of that one was re-purposed for a retro gaming machine powered by a Raspberry Pi.

That left me with a board that didn't function. I've replaced the capacitors and swapped out most of the chips for tested working ones, but it still won't give me anything more than a black screen. I've even tried using the Commodore 64 Dead Test cartridge, but even that won't give me any sort of output.
I've given up on this machine several times, but I don't have the heart to get rid of it. I want to figure out what's wrong and have it up and running again. Sure, I could just get another board, but I'm interested in the challenge of making a 37 year-old machine working again.

So I have dubbed this my Commodore Project 64. I want to turn it into a custom computer with features my stock computers don't have. I personally prefer the original machines, but I want to have some fun with this. The one rule I want to stick with as best I can is that I will only use parts from original machines that are beyond repair and would likely never be used for regular machines again.

I was inspired by Adrian Black's Creamy Dreamy C64:


He used a Commodore Vic-20 case for a very beautiful end result. So with that, I hunted down the worst Vic-20 case I could find on Ebay.

This thing is a mess. 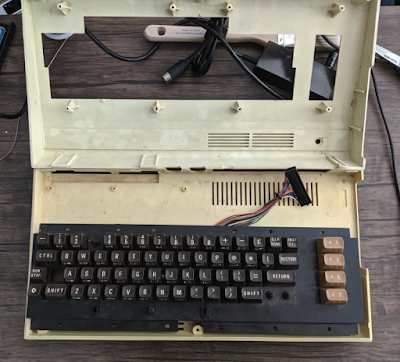 The good news is that the case itself isn't broken, just very gross. Several keys are missing, but that's okay because I've got a plan for those.


One of my favorite creators on YouTube, Perifractic's Retro Recipes, built this amazing machine. Since he wanted to only use parts that were recently manufactured, his options for keys were limited. He went with Lego Bricks, which is a neat idea, but I personally hated that.

So I've been designing 3D printed keys to be used on my Commodore Project 64. This part alone has proven to be a grueling process. Some people have attempted to replicate these keys, but I don't like how they've turned out. 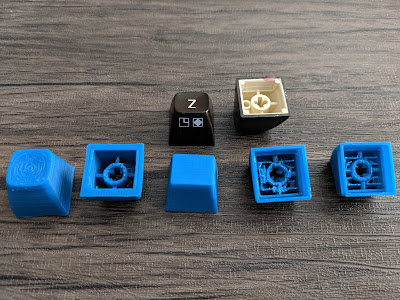 The leftmost blue key was my first print of a C64 key, and it came from a user by the name of Yangsong on Thingiverse. Click here if you want to get a look at the CAD files. The key looks and functions nicely, but it's not quite right for the Commodore 64. It may be a different design that user is basing it on, but I don't know for sure. The mess on the inside is just printing supports I haven't bothered to remove because they have no effect on the end result.

The key in the middle is my design so far. The dimensions are much closer to the keys I'm working with. 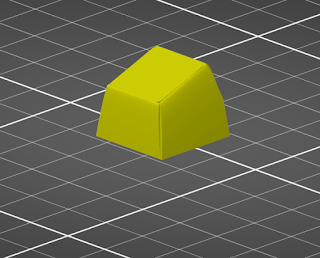 Here's a view of the key in CAD. It's still not to my liking, but I've been making adjustments and printing it over and over and getting closer to something amazing. I do want to make the design publicly available when it's finished so that others can print their own keys.

So this is where I am now with the project. The Vic-20 case needs to be thoroughly cleaned and retr0brighted. Now that my area is getting sun, I should have better luck with that. The 3D printed keys need to be refined and I'll need to figure out what sort of color scheme I want to go with. And of course, I need to get the board working again.

In the meantime, I'd like to post occasional updates on this project. I've got more parts and things I'll need ordered but it could be several months before I have all of them.
Posted by calaquin at 1:19 PM No comments: