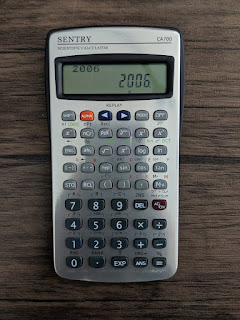 Yesterday's TI-30XA review was for a solid scientific calculator at a budget price. But what if you wanted to pay a bit more for something worse? Where would you turn?
The Sentry CA700 Scientific Calculator costs nearly twice as much and is half as good! Before removing it from its packaging, I was expecting to be greeted with a perfectly fine alternative to the 30XA. Even as it came out of the packaging, I noticed it had a nice brushed aluminum face plate and a few interesting functions the 30XA doesn't have, such as a random number generator and replay buttons. Even the transparent cover looked quite nice. 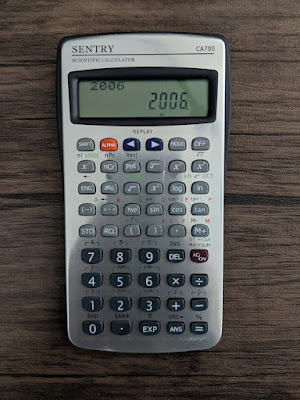 But when I set the calculator down to begin my inputs, I noticed a huge problem.
The display is awful. It has to be viewed from directly above to be perfectly readable. Maybe Sentry was trying to make it harder for others to read, or maybe they wanted to encourage good posture, but either way I hate it.
The buttons are also spaced just a little too far apart to feel comfortable. While its buttons weren't perfect, the 30XA felt just fine during use. The Sentry CA700 feels awkward. To make it even worse, they placed the off button in the top right and the AC/On button at the lower right. I don't know of any other calculator that places its critical buttons like this. It's horrible and I kept finding myself pressing off when I was just trying to clear the display. 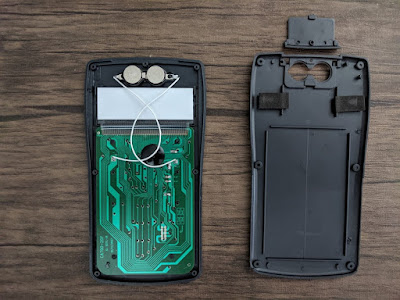 Most of my overtly negative reviews of calculators have been for devices that are cheap or scammy, but this is the first time I've experienced such a terrible device that was clearly trying to be nice. Sentry tried to compete with the TI-30XA, but they failed badly with the CA700. 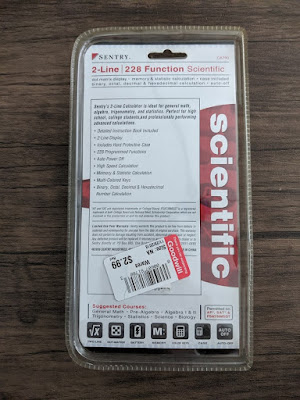 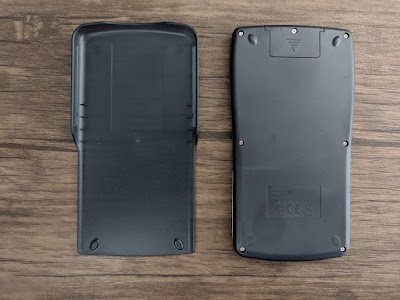