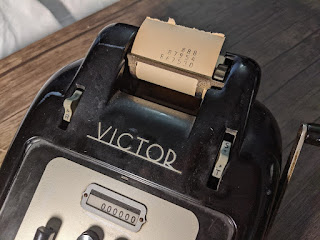 The Calculator Review began roughly one year ago, and at the time I only had a dozen or so calculators. It wasn't until I came across the adding machine I'm reviewing today that I considered taking the hobby more seriously. I had walked several miles from one yard sale to the next, and after being nearly done, I drove a short distance and saw one last sale going on. There wasn't much on display, but I was immediately drawn toward the Victor Adding Machine.
To be honest, I'm not sure what the actual name or model number of this calculator is. Information about old Victor machines isn't hard to find, but for some reason this particular model isn't discussed much. It's very similar to the model 700, but there are enough differences for me to be certain that the one I have is different. 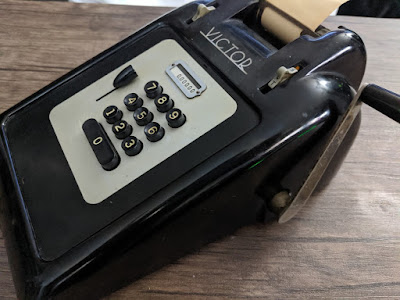 What I do know is that it's one of the first 10-Key portable devices ever made available for public consumption. These were very advanced for their time, as most portable devices before had 10 keys for each digit in columns, resulting many more keys (see image at the bottom of this post). They weren't difficult to use, but they weren't nearly as elegant as the 10-key adding machines. 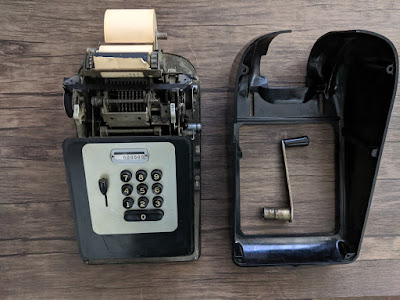 And wow is this adding machine elegant. It looks like something that would fit right in in a 1940s science fiction movie. It's only when the outer shell is removed that the illusion falls apart, but it's replaced by a sense of awe inside. The engineering that goes into these devices is simply incredible. This machine is capable storing and adding values within its gears and levers. For the first week I had it, I didn't realize it was adding numbers together until I pulled down on the T lever and was shown a very large value that was the result of all of my toying with this thing. 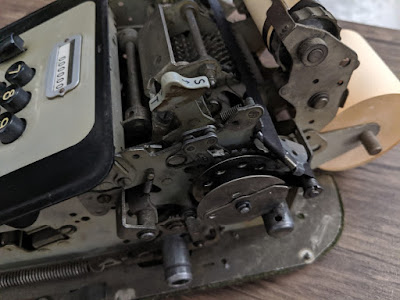 As much as I would love to take a deep dive into the mechanics of the Victor, I don't want to risk damaging a perfectly functional device. This thing has been working perfectly for 70 years and I hope it continues to work for many, many more years.
Using the Victor, it's unlike anything I've previously reviewed. Every button press feels deliberate and weighty. Pulling the lever to add to the total results in lots of clicking that sounds fantastic. You can literally hear the gears inside turning and performing calculations. Seeing the result printed on the browning paper only adds (haha) to the satisfaction of each and every operation. 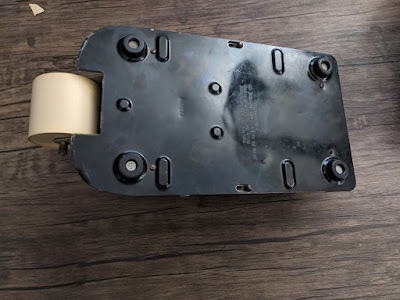 I was only able to determine the year this Victor was built thanks to a chart I found here. It lists serial number ranges and which year those devices were sold. Mine has the serial number 657128. As far as I can tell, the list covers a variety of adding machines built by Victor, so devices sold in 1933 were much different than what I've reviewed here. 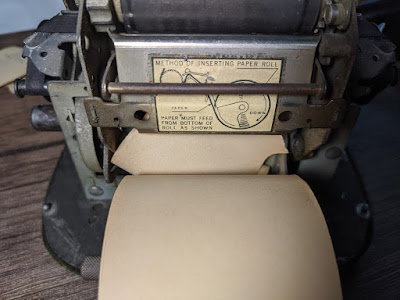 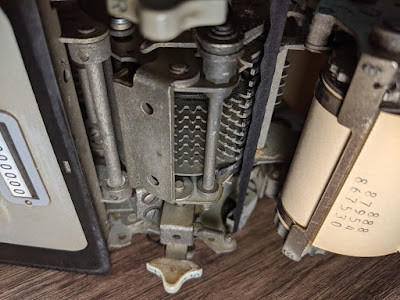 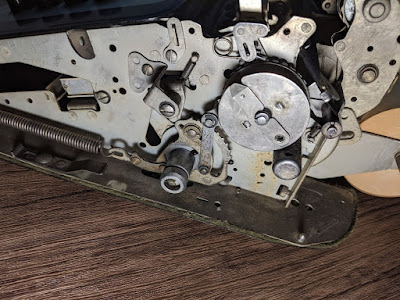 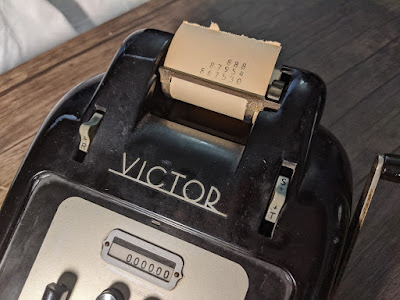