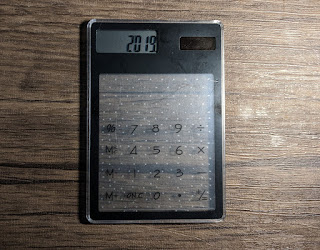 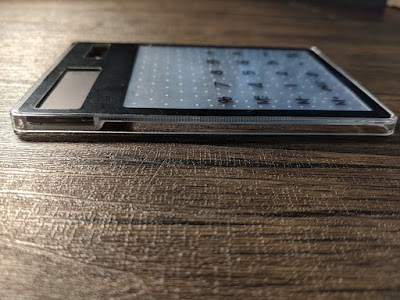 It looked really nice when I first removed it from its packaging, but since then it has acquired several scratches on its surface. The functionality isn't affected, but since I have a broken one, I can confirm that functionality is broken if the glass or plastic or whatever shatters anywhere. 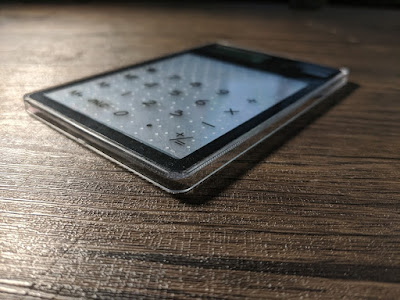 Being a purely solar calculator, the UCC will simply not work without a sufficient light source. Since it's made of shiny stuff, it reflects a lot of light back into the user's eyes. It also made recording the review video extremely difficult. 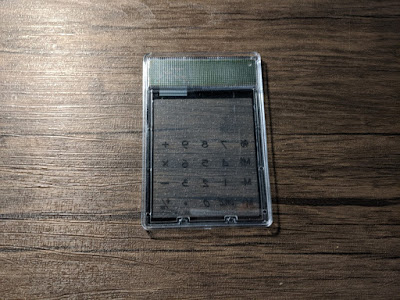 The "buttons" have zero tactile feedback and aren't 100% reliable. I've made many mistakes while performing calculations with this device and being unable to delete inputs makes using the UCC an exercise in frustration.

For $1.86 on Ebay, all you're getting is the uniqueness of the fact that this calculator is clear. There have been several calculators I've already reviewed that cost $1.00 that I would recommend long before this one. It's a neat idea, but in reality it's just not a good calculator.

I don't know who made this device or even what country it comes from. There is no information to be found anywhere on it.
Posted by calaquin at 8:30 AM