While planning out this project, I was concerned about the motherboard never working. As I've said before, it gives me nothing more than a black screen even after having all capacitors replaced and testing the chips that are usually the biggest culprit in a non-working machine. So as a fallback, in case I never got the Project 64 board working again, I ordered a supposedly non-working Commodore 64C for about $50 from Ebay. 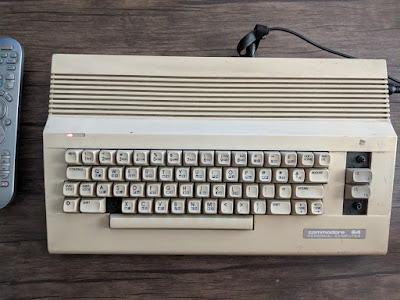 This is the Commodore 64C, a later revision of the world's most popular computer. I personally love the breadbox design more, but the 64C has its own beauty. This machine is in rough shape. It's missing keys and is quite filthy. Also it has a weird smell. But I figured if it didn't work, I could take the board from inside and use it for Project 64. 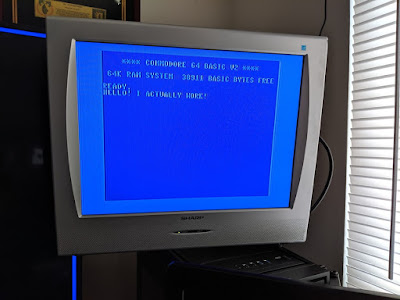 But alas, it works flawlessly. That's good because I won't have to fix the board if I do end up using it for P64. But it's also kind of bad because it breaks my rule of using only things that wouldn't otherwise be a part of a working machine. Regardless, I'm not going to scrap this C64C chassis of course. 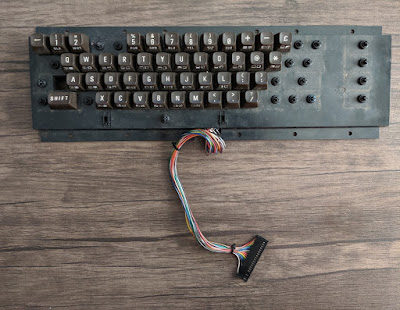 Okay, it's actually not that bad. I've disassembled and cleaned many Commodore keyboards and it's pretty straightforward. I also don't care that it's missing keys because I'm going to be 3D printing new ones anyway. But I needed to make sure the keyboard would work. 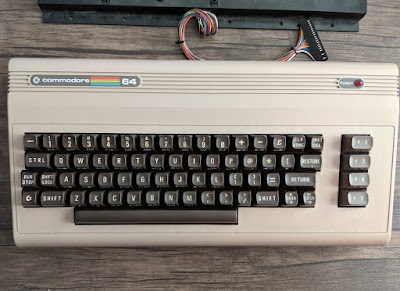 I brought out my main Commodore 64 that currently works flawlessly. I won't get into what makes it special for this post because I'd like to write something for each of my vintage computers. 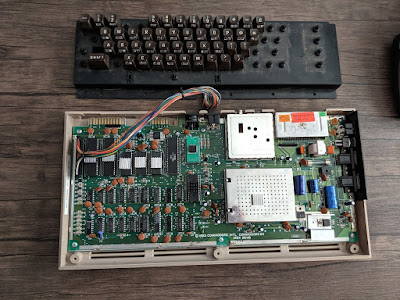 From what I can tell, the keyboard used for the Vic-20 is identical to the Commodore 64. It plugs in just fine, so I booted up the Commodore 64 and attempted to type "TESTING VIC-20 KEYBOARD ON COMMODORE 64." 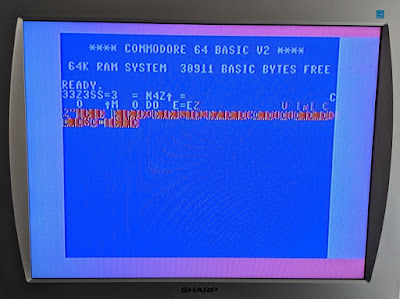 Hmmm, not quite. I wasn't sure if this was being caused by a faulty keyboard or if the Vic-20 keyboard wasn't compatible with the Commodore 64. So I brought out my working Vic-20. 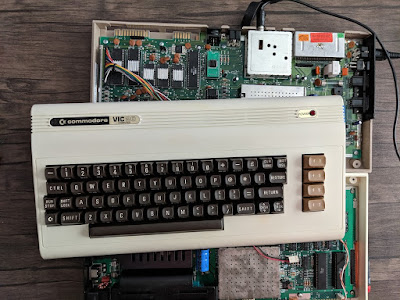 My desk was getting cluttered with Commodore products, but the test proved that a Vic-20 keyboard is perfectly compatible. 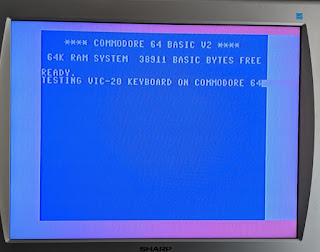 The weird pink color isn't the fault of the Commodore 64. I think the television I'm using is having problems (yay a future project!). But more importantly, I learned that I was going to have to repair the Vic-20 board for Project 64.

I've never fixed the keyboard of a Commodore machine before, so I'm going to stop here for now. I'm guessing the missing shift lock key might be the cause of the problems, but I don't have a spare currently to verify this.