Last week I mentioned how easy it was to get inside the Power Mac G4 with its latch and hinged side. This remains true, but to completely tear down the machine, it was a hell of a lot more difficult than a modern Windows PC. But this needed to be done so I could get the interior of this computer as clean as possible. 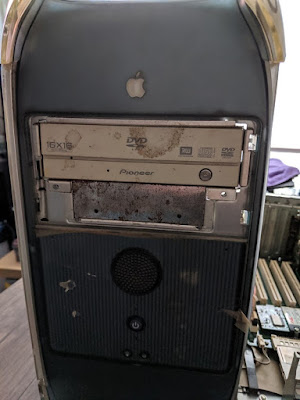 I started with the DVD drive because it's the most easily accessible component. It's not screwed in or held in place with latches or anything. 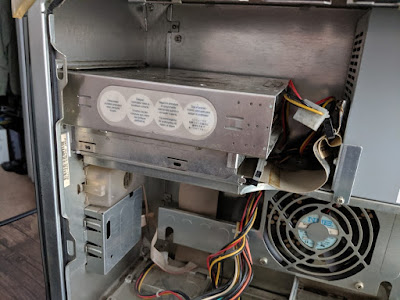 All I needed to do was detach the two cables on the back, and the entire assembly slid out easily. 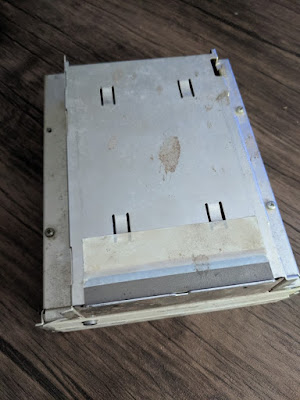 These parts are gross. So much dirt and sticky stuff. 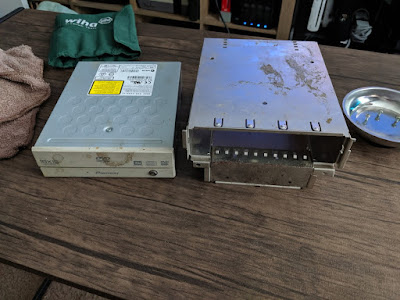 I did a full disassembly of the DVD drive, but for some reason none of the pictures saved. It's already cleaned up and reassembled and the process was uneventful. 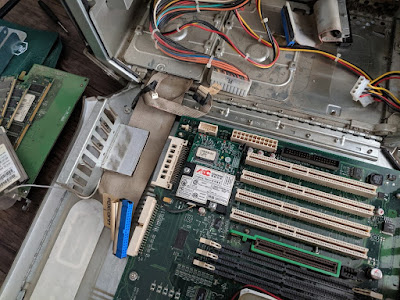 Inside the case I removed the easily detachable components including the RAM, video card, and Ethernet thingy. It took some close examination to find all of the screws that hold the motherboard in place, and then it's held in place by some mounts that let the whole thing slide out. It's hard to explain. 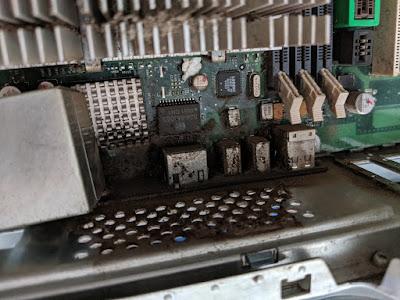 While taking stuff apart, I was able to get a better look at the filth inside this computer. 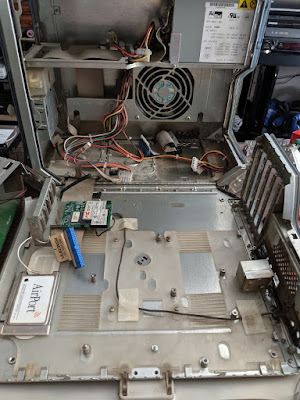 Even with the motherboard completely removed, there were still a lot of things mounted in place that would need to be taken out. 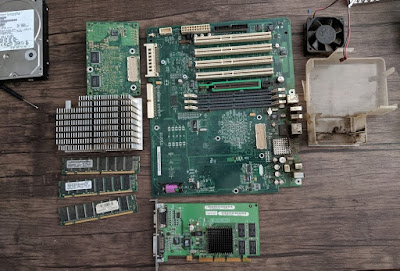 Here are all of the components from above the motherboard. Everything has at least a fine layer of dust, but the fan and cooling system are the worst. 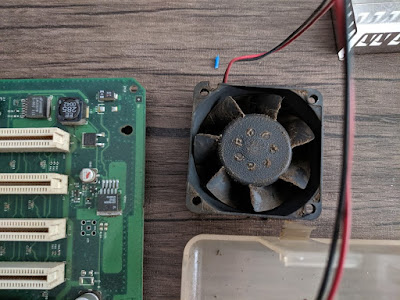 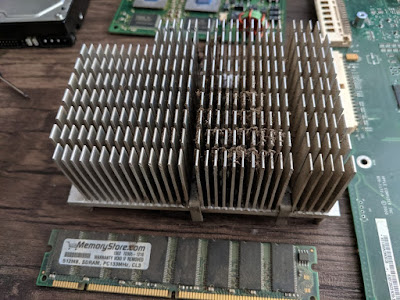 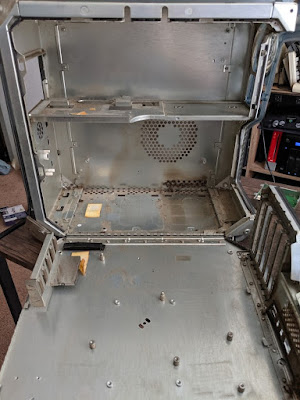 More pictures didn't save for some reason, but I removed the rest of the electrical components inside the case.

The teardown took several hours due to nothing being intuitive and me still knowing so little about this machine. There are several components that I don't recognize so I'll need to figure out what they do.

There's still more to disassemble because the case itself has a lot of parts. There is so much dirt that I need to scrub it with soap and water.

Thanks for reading!
Posted by calaquin at 6:18 AM