Despite all of the other neat stuff I've been discussion on this site, I have been continuing work on Project 64. I've had a bit of luck with one of the non-working boards that hadn't been putting out any video. It's still not working correctly, but this is what it's showing now: 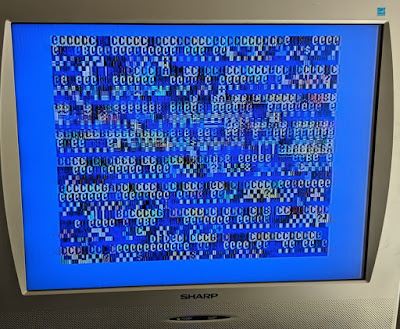 This was after replacing several chips on the board. The troubleshooting guide suggests this is a RAM issue, but so far replacing those hasn't solved the new problem. I've ordered more chips to see if this fixes things, so we'll see. 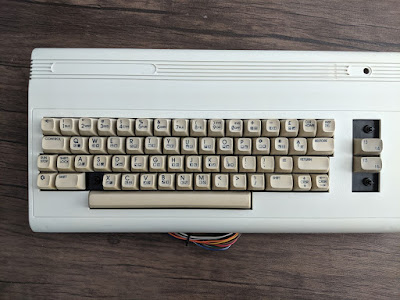 So until I have a working computer, I might as well work on the other stuff. I turned my attention to the keyboard. It still had no keys, so I pulled the keys from an old filthy Commodore 64C to see how they would look with the Vic-20 case. Some keys were missing, but I really liked how this looked. Of course, these keys are very yellowed. Time to retr0bright! 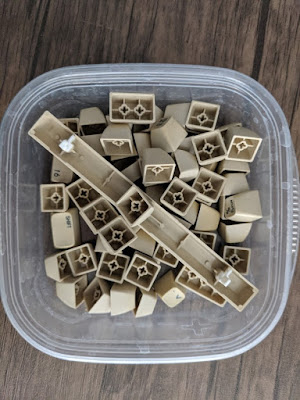 I removed all of the keys and prepared them for brightening. 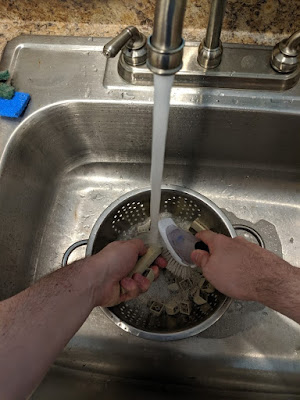 The first step is getting them as clean as possible. I scrubbed each key vigorously with soap and water to remove any dirt or debris. 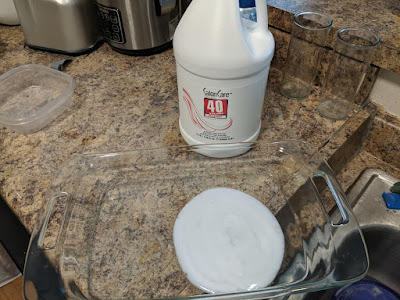 Out came the 40 Volume Creme but I decided to try something different for the keys. Instead of brushing them individually, I mixed the creme with water and submerged every key in the solution. 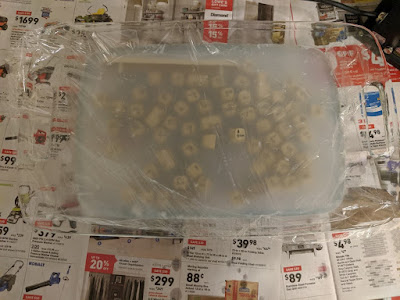 The hardest part of this was making sure every key was facing upward so the UV light would shine directly on the visible portions. Some keys liked to float and turn sideways, making this whole ordeal quite tedious. 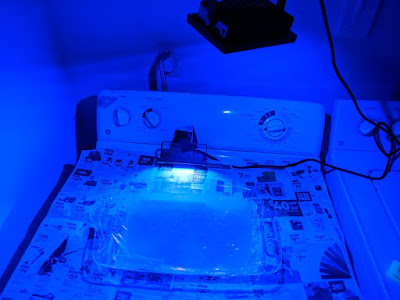 Twenty-four hours under the UV. Side note: my laundry room is also my bathroom, and I learned that urine glows under UV light. Weird. 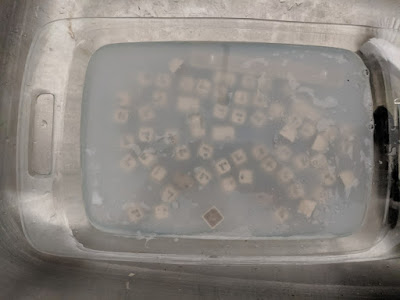 Once again the keys were washed with soap and water to remove all of the solution. So how did it turn out? 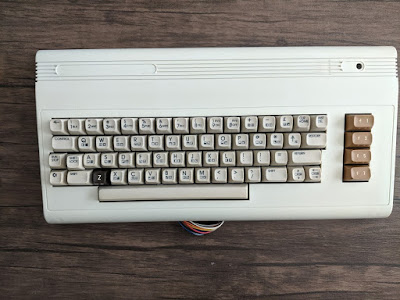 Quite beautiful, actually. I put in a Z key from another computer and decided to use the F keys from another machine as well. The grey didn't work really well with the overall color scheme, but the caramel color looks fantastic. 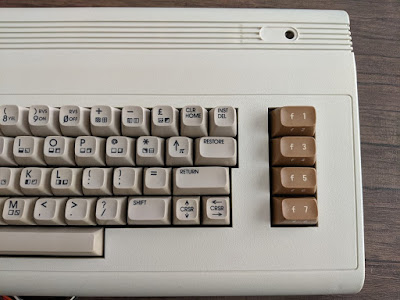 It's got sort of a white chocolate/caramel thing going on that I really like. I'll definitely experiment with some other combinations to see what would work best.
Posted by calaquin at 8:30 AM