Project 64 is on hold while I wait for parts to come in the mail, and I'm unable to create calculator review videos since Microsoft Windows Movie Maker has stopped working. I guess it's time to focus on some other computers in my collection. 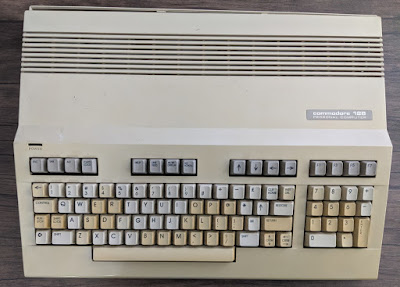 I had a hard time finding one of these. This is the Commodore 128, the successor to the Commodore 64. It's one of the first computers to be fully backward compatible with a previous generation. All software and hardware that worked on the C64 will work on the C128.


As you can tell from the picture, this C128 could use a good cleaning and refurbishment. It actually works just fine, but the previous owner wasn't sure whether it worked or not, so it was sold as non-working. 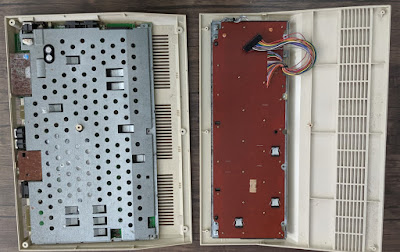 The inside so far is very similar to the Commodore 64C, but there's a much bigger motherboard in here. This machine is also held together by a lot more screws than any of the Commodore 64s that weren't the SX. Many of the screws were severely stripped or corroded, so getting this thing taken apart was quite a chore. 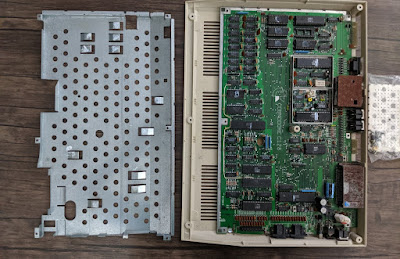 With the RF shielding removed, the reason the previous owner didn't think this would work becomes very apparent. There's a lot of rust and dirt in here. But overall the board is in pretty good shape. 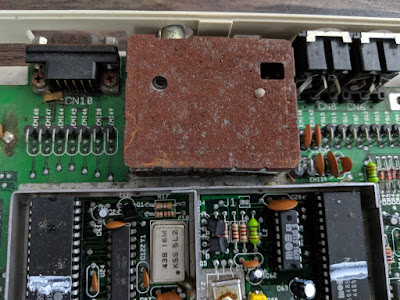 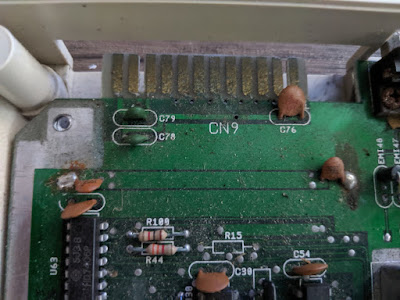 The user port is also looking pretty bad. I haven't tested it, but it's going to need a good cleaning before I attach anything to it. 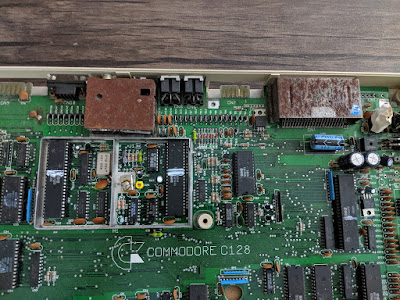 Even more rust on the cartridge port. I'll need to remove these two things to properly clean and de-rust them. But these are the worst parts of this computer. The rest of the board is fine. 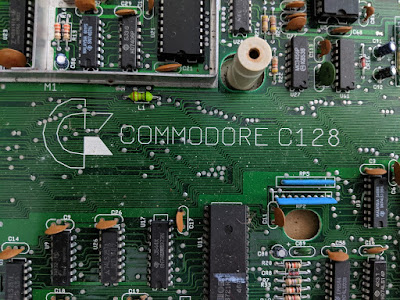 The routing of the traces is amazing. I've used free software that does this stuff automatically, but this computer existed before it could be done so easily. The amount of work people had to do to make computers like this possible must have been absurd. 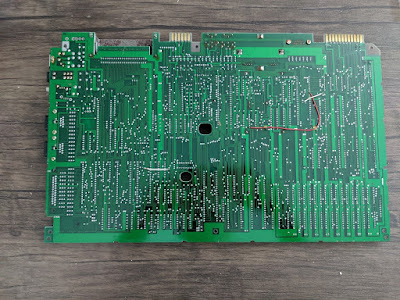 Despite the excellent routing, the C128 required a few jumpers to be added at the last minute. Workers had to solder these on shortly before these computers were shipped out to be sold. 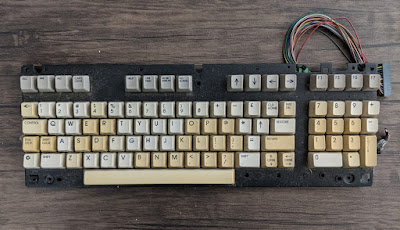 The keyboard is really gross. It's different than the Commodore 64's, but if you ignore the function and arrow keys, as well as the numpad on the right, the keyboard is exactly the same. It uses different key caps though. 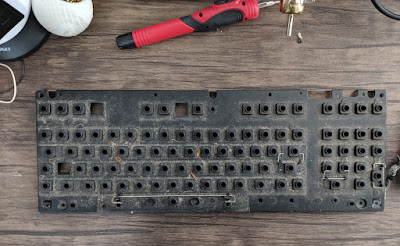 With all of the keys removed, cleaning becomes a breeze. I'll scrub this with soap and water and it should look great. 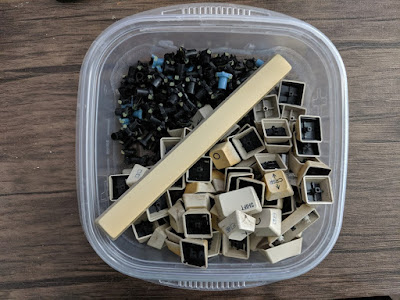 Here are the keys and their plungers. These will need to be washed before getting a retr0bright treatment. The colors of the keys are not consistent, so I wonder if some of them were replaced over time or if they're made of a different type of plastic. 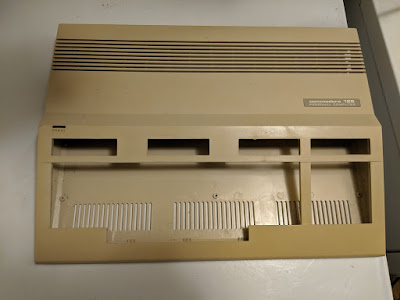 And here's the bare chassis with everything removed. It's more yellow than it should be, so it too will be getting a retr0bright treatment. I've taken lots of pictures of the chassis in a place where I can get consistent lighting, so I'll have much better before and after pictures this time around.

This will be a lot of work to clean up, but it's nothing I haven't seen before with a Commodore machine. I'm pretty sure I'll be able to get it looking like new. Stay tuned to find out!
Posted by calaquin at 8:30 AM