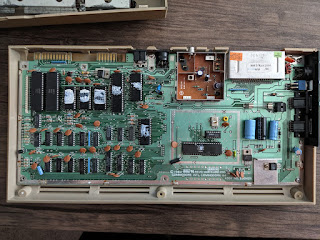 I mentioned several times that I'm concerned that I won't get the board for P64 working since I've had no luck in finding out what's wrong with it. I purchased a Commodore 64C for super cheap with the hope that it wouldn't work so that I could repair it and keep my theme of the project. [Un]forunately it worked perfectly.

But recently I was lucky enough to find an untested Commodore 64 breadbox computer among a lot of other neat things. 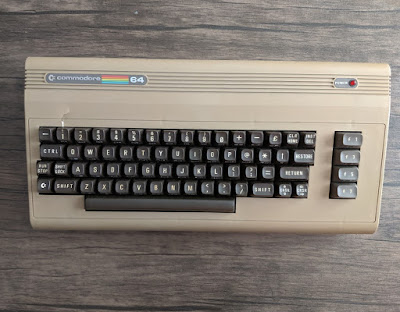 This one looks way worse than other breadbox I've had. 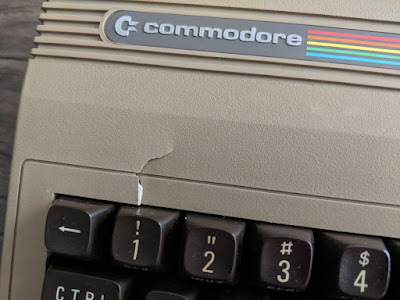 It's got a nasty crack above the 1 key and the color of the machine overall is damaged. Check out the bottom. 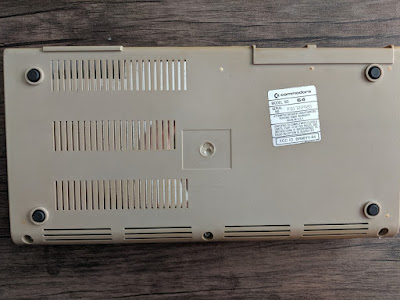 The small image probably doesn't show much, but if you click the image to see the full size version, it's got a lot of problems. It looks like someone tightened the internal screws too much because they're practically poking out the bottom. 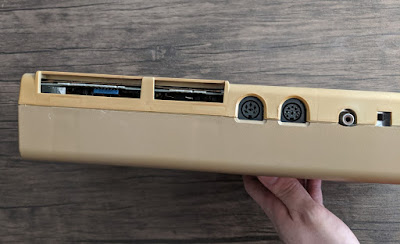 Here's the clearest picture of the discoloration. This will definitely be getting a retr0bright treatment for a later post.

I plugged the machine in to see if it would boot normally, and the light came on. But nothing appeared on the screen.


[Imagine a picture of a television with a blank screen]

So far I was getting excited! I plugged in my Commodore Dead Test cartridge and turned it back on to see a screen flashing white and black. This means I'll be able to find the fault! While I would love to go further with this and find the problem now, I have other things going on that require me to put that on hold. But it will be happening.

Anyway, let's take a look at the inside of this computer. 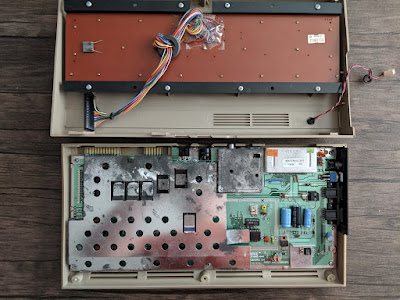 This was a pleasant surprise. I've never seen a solid aluminum RF shield inside a Commodore 64 before. They're very common in other vintage computers, but usually the C64s had a flimsy paper thing with reflective stuff glued to it. I just dispose of those because they serve no purpose other than tearing and getting in the way. 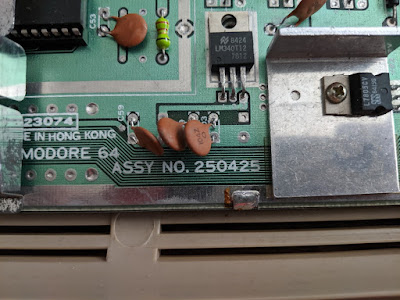 This is a revision I haven't worked on before, so at this point I was absolutely thrilled with this computer. I really wanted to see this board beneath the RF shield, so I removed that. 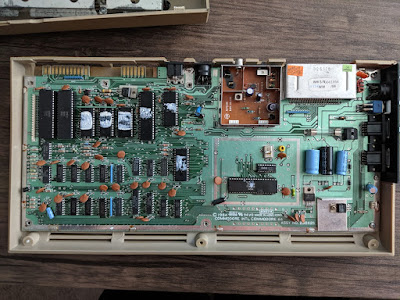 Who would have expected something so beautiful inside such a beat up chassis? This is such a clean layout compared to my other C64s, and the board is in fantastic condition. 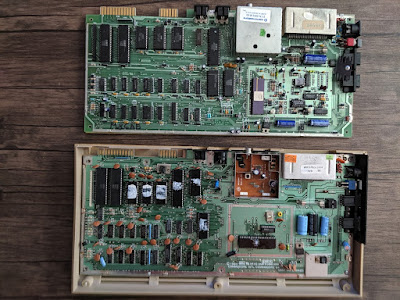 Compare this to the board that isn't working, and I've put a lot of time into cleaning that one. I haven't even touched this new one. I don't think I could ask for more from a backup board.

At this point I'm feeling pretty good about Project 64. Once I have a working board, I can start with some internal modifications I've been wanting to do. This also leaves me with more spare parts for future projects.

Thanks for reading!
Posted by calaquin at 8:30 AM