At last, I've reached a point where I have something assembled. It's not much, but I'm still excited! I began phase 4 of retr0brighting hoping it would be the phase that finished it. I made a few changes to the method to increase the chances of it being successful. 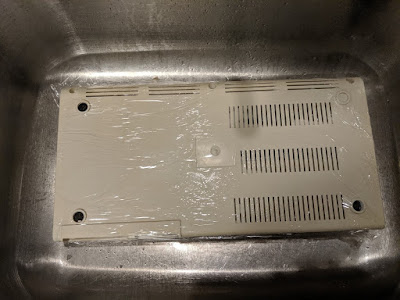 First, the top and bottom of the chassis were painted with a thick layer of 40 volume creme. I then wrapped the parts in clear plastic wrap, which I did for the sun attempt but not the UV light. This would prevent the creme from drying much. 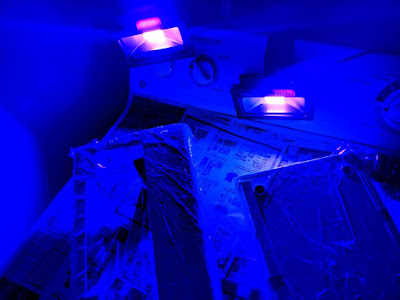 This time around I wanted to focus on the sides, so I set up both lights to be as close as possible and left it like this for twelve hours. The following twelve hours were used for the other side, and then I let the UV lights shine on the rest for another twenty-four hours.

So was forty-eight hours enough? 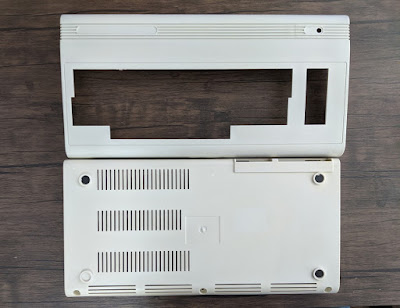 I think so! It's much brighter in person. The bottom is still darker than the top, but I'm really happy with it.

Of course my reference spot would be the ultimate test of the retr0brighting. I don't think any amount of UV is going to get me back to the absolute original color. Still, this is excellent. 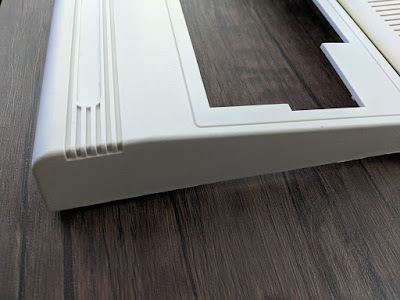 Here's a shot of the side of the top. The color has really evened out. 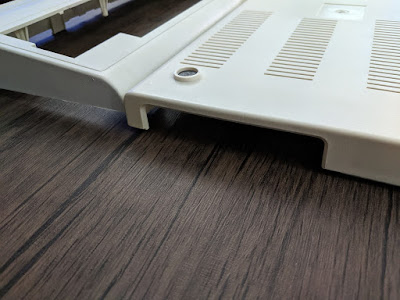 The bottom is also looking great. 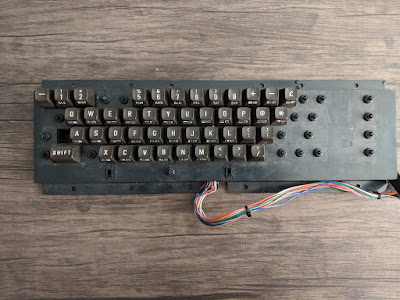 While the Vic-20 chassis came with a keyboard, it was missing several keys including the shift lock. It was also disgusting. 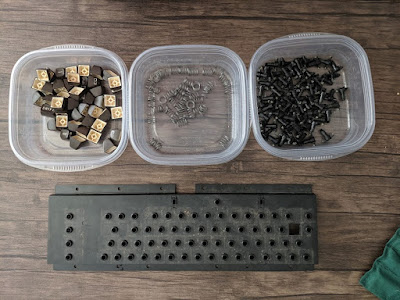 I removed all of the keys and the board and put all of the parts into bins for later. The keyboard chassis was washed thoroughly with soap and water. 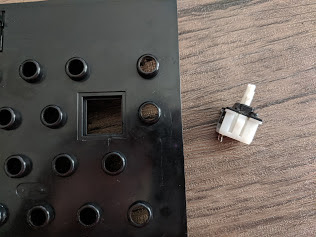 The shift lock key I ordered arrived, but it's meant for the Commodore 64C. Not a big deal, but the color is different and it connects slightly differently. 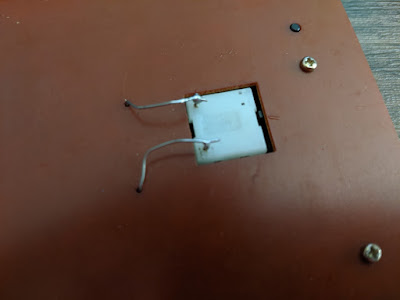 I put in all of the key plungers and screwed the keyboard assembly back together. Then all I had to do was solder these wires together to have a working shift lock. 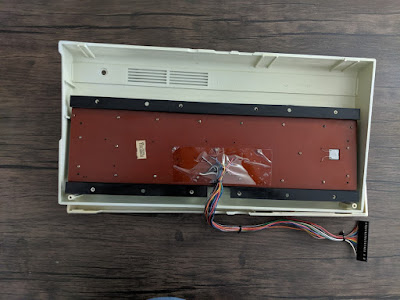 So with a clean chassis and keyboard, I figured I might as well start putting stuff together! I used brand new M3 screws so I wouldn't have to pull anything from another machine. 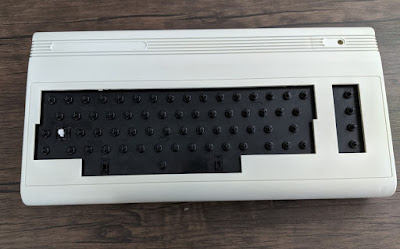 Like I said, it's not much, but it's still progress. I'm still lacking a working motherboard, so getting one to work is the next step. Project 64 also doesn't have any keys because I haven't finished the CAD design for them. My 3D printer is undergoing renovations of its own, so it may be a while before I am able to return to the keys.

That's all for now. Thanks for reading!