Of all the types of calculators there are, my least favorite so far have been touch screen devices. They tend to break very easily, especially when I have to take them apart for cleaning and pictures. I've broken several already, and some that I've purchased simply don't work.
So when it came time to review the Smartbox Touch Screen Calculator Plus from Senario, I had very low expectations. To be honest I just wanted to get this one out of the way so I could get to reviewing better calculators.

But something surprising happened. This calculator actually works! It was still in its original packaging when I purchased it, but it had been unused for at least eighteen years. The batteries were corroded, so I had to replace those. I can't really fault the device for that though. 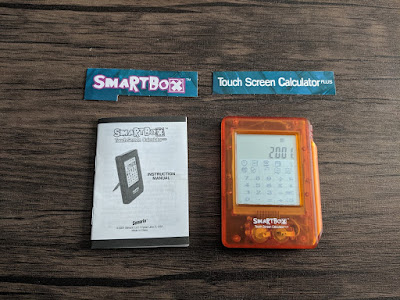 Aside from being easily broken, touch screen calculators are notoriously difficult to use. They use capacitive touch pads that haven't been seen in electronics since the early days of the millennium. Even with a stylus, it's easy to hit the wrong pad and have to start from the beginning with your calculations.

Yet this device doesn't have that problem. The stylus, while made of the same ugly orange plastic as the rest of the calculator, works fine. I could even reliably press the right pad with the end of my finger. I also tried a screwdriver and a tweezers, both of which worked perfectly fine.
And honestly the Smartbox looks pretty good overall. I said the orange plastic was ugly, but it works with the overall aesthetic somehow. It's slightly transparent, giving a glimpse of the internals, and the calculator itself is quite sturdy. Even the hinged stand doesn't feel like it would snap off easily.

Despite all of this, there is one glaring problem with the Smartbox: the battery situation. Getting to the batteries is a bit of a pain, but that wouldn't be such a huge problem if there was any way of turning off the batteries to conserve power. This calculator also serves as an alarm clock, so it never turns off as long as there are batteries in it. 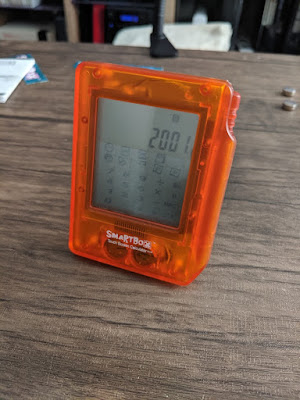 If you absolutely must have a touch screen calculator, this is the one I'd recommend. That's only because every other one I've owned is broken or has some other major problem with it. I don't rely on these devices for many reasons, and I definitely wouldn't rely on this one simply because it needlessly wastes battery life. Adding an off switch would not have been difficult given the design as there's clearly plenty of space on the sides to add one. 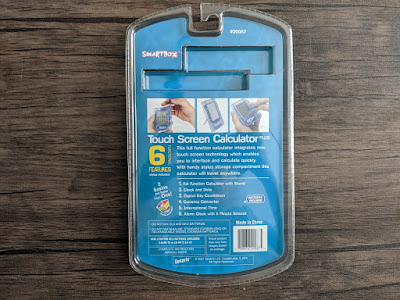 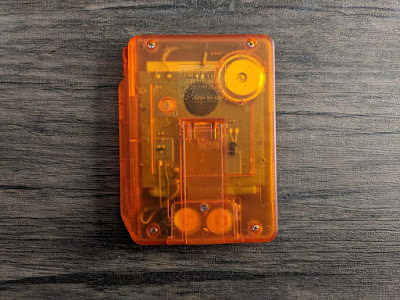