It's been so long since my last calculator review. Everything's different now. I hope you're okay. 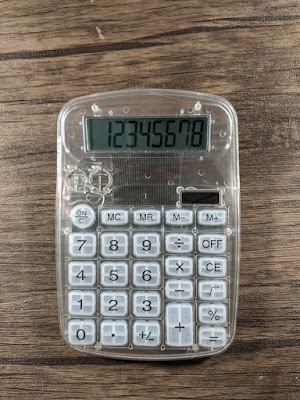 I've reviewed a clear calculator before, back during Calculatober 2019. It wasn't great. But this one's much different. This device aimed to be more of a standard cheap desktop calculator. In that regard, it succeeded. There's nothing really wrong with the calculator.
The 8-digit display is extremely crisp with the black digits contrasting nicely with the background. As long as there's enough light to power the device, the display is very easy on the eyes. The contrast isn't quite so stark with the buttons, however. On the right side, the square root symbol in particular doesn't really stand out against the button compared to the other symbols. It's a minor complaint though. 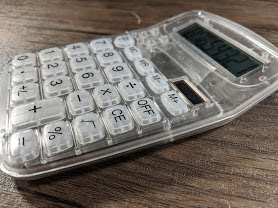 Fortunately, this unknown device doesn't attempt to deceive consumers. The solar panel is real. Even without taking the device apart, it's easy to see that the wires are connected to the PCB. 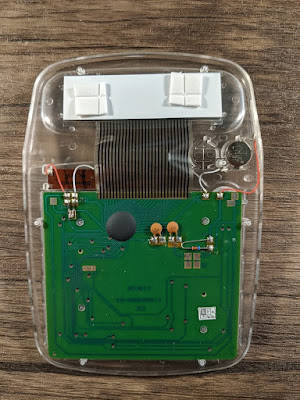 Speaking of the PCB, it's not that flimsy type like the Big Display calculators. It's real silicon and it looks nice. Unfortunately, whoever designed this calculator used the incredibly flimsy and fragile plastic ribbon cable to connect the display to the PCB. There's no real need to take the calculator apart since the battery is accessible by removing a single screw and panel, but I still hate to see such a cheap component being used. I have no idea what company made this calculator. Nothing in my two minutes of intense research revealed anything interesting. All I know is that it was made in China. 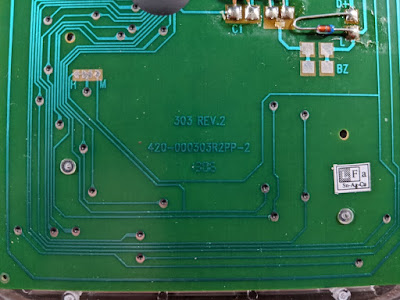 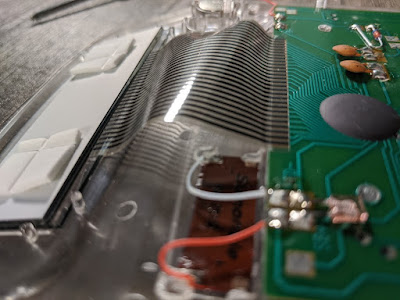