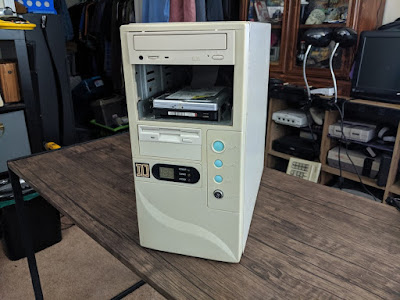 It's so beautiful. This is clearly a computer that needs some love. Definitely some retr0brighting and front bay covers at the very least. But this is just the front. Let's take a look at the other parts. 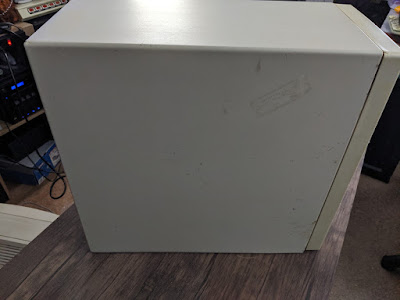 Here's one side, and it's pretty gross. Retr0brighting here won't be an option because this entire cover is made of metal. A good scrubbing might be enough to get it nice and pretty again. 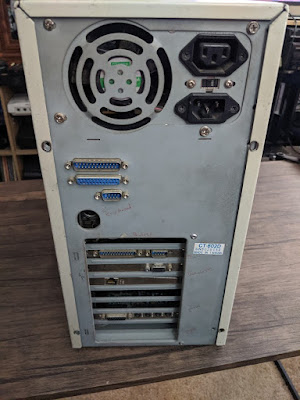 I've built several modern PCs and this looks positively primitive in comparison. Most of these ports are no longer in use, especially that serial port for a keyboard. Serial keyboards are prohibitively expensive, so I'll be adding a PS/2 and USB card to this machine. 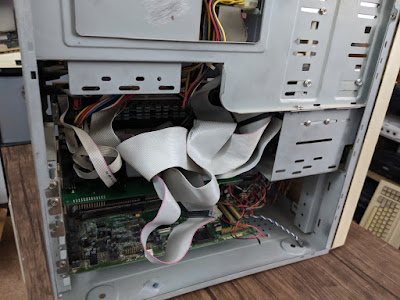 Taking off the metal cover, I saw this absolute nightmare of cables. Just for a fun comparison, here's the PC I built last year. 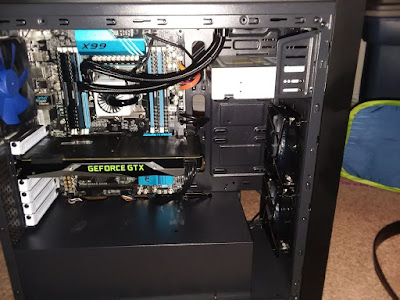 Cable management is important to me, but modern PC cases and components are designed to minimize the cable exposure. Computers in the 90s used those hideous ribbon cables that don't really fit into anything. At the very least, I'd like to make it look a bit more organized. Moving on. 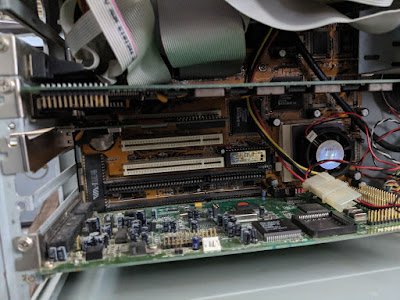 Near the top is the graphics card, and at the bottom is a Sound Blaster 16 sound card. The video card is a mere 4 MB GPU from 1994. I will probably upgrade this to something a bit more substantial since I intend to do some retro gaming on this PC when it's done.

But most importantly, there are two open PCI slots so I'll be able to put some more stuff in this machine. 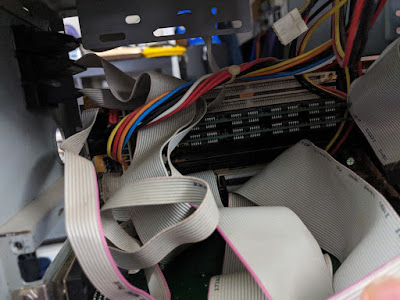 Pulling the cables aside reveals the RAM. Only two of the four (possibly six?) RAM slots are filled, so there's room to make this ancient beast a little faster. Right now there's only 64 megabytes of RAM, so I'm figuring I can get it up to 128. That's still about 500 times less than what's in my gaming PC. 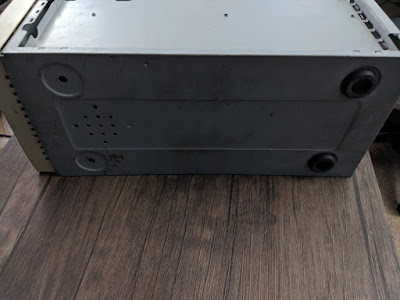 The bottom shows a bit of rust and two of the rubber feet are missing. Not too bad considering this computer's age.

Anyway, let's turn it on! 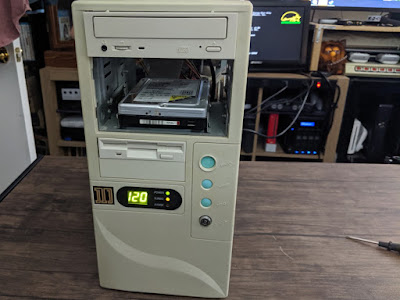 No smoke is always a great sign when turning on any vintage electronics. I'm a little concerned that the Hard Disk Drive light isn't coming on, but that's not my biggest problem. 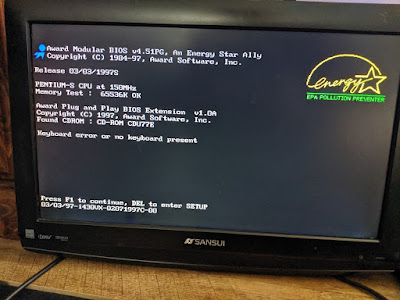 Video output is also a great sign. The processor and memory test are good, and the CD drive is showing as good too. But after that is the first hurdle for this project. "Keyboard error or no keyboard present. Press F1 to continue."

I was really hoping this would boot all the way to Windows 98, which is apparently installed on this machine. But without a serial keyboard, I can't move forward. I've ordered a card to insert in the back to connect a keyboard and mouse, so once that arrives I can do more stuff.

Like most things I attempt to work on, I have very little knowledge of personal computers of the 1990s. The best way to learn, for me, is to get my hands on one and mess around with it until it either breaks or I have a good understanding of what everything does. Fortunately computers after the 1980s were a lot more modular than the ancient ones, so if I mess something up, it doesn't spell the end of the machine forever.

There's a lot I want to do with this PC, and it's going to require a lot of learning. Its primary purpose will be for retro PC gaming, so I want to get it nice and optimized for that. All components that go into this computer will have to be from 1999 and before to keep it as authentic as possible


Regarding Other Projects
I have to confess that I ended up selling the Commodore 128 I'd been working on. It was way too much work and honestly a Commodore 128 doesn't do a whole lot more than a Commodore 64.

Commodore Project 64 is on hold until I'm able to order some stuff that isn't currently available.

The Apple Power Mac G4 has received some upgrades, so I'll be discussing that again soon.

I also have several other computers and vintage electronics that I haven't even begun to work on, so those will be appearing some time in the future.

And of course, there will be more calculator reviews.
Posted by calaquin at 8:30 AM